KS3 Bitesize foundation level – Earth & Beyond  – a video covering the Movement of Earth, the apparent movement of the Sun & Stars, the Planets & Satellites:

A DAY AND A YEAR EXPLAINED:

Two videos explain the seasons – the Reasons for the Seasons and Bill Nye explains the seasons.

THE MOON AND ITS PHASES:

Two more videos about the lunar phases – why does the moon change shape? and the Lunar Cycle.

Some other lunar videos include how big is the Moon? (in a nutshell, 1m 40s)  and  The Moon (8m, from the Open University).

What is a Solar eclipse? – a 2m video. An amazing total (annular) solar eclipse from 2014. Next solar eclipse visible from Malaysia – Wednesday 9th March 2016 – details here.

What is a Lunar Eclipse? – a 2m video; Eclipses: Crash Course Astronomy – a 10m video.

The Solar System – our home in space (in a nutshell):

A 19m 21s video on the Solar System from Scientific Eye:

Some other videos include Scientific Eye: Stars & Planets (19m 50s), Exploring our solar system: planets and space for kids (12m video) & the solar system’s ten most incredible moons – a nice 7m 30s video (although some of the photos aren’t real).

OUR PLACE in the UNIVERSE

The obseravble Universe – a zoom out (3m 30s); our place in the Universe (Carl Sagan); the Milky Way from Chile.

All the Crash Course Astronomy videos.

How the International Space Station was built (a 5m TED-Ed video).

Two videos on Weight versus Mass:

A 19m 24s video on Electricity from Scientific Eye:

Want to build your own circuits at home? Try this site for Science simulations: 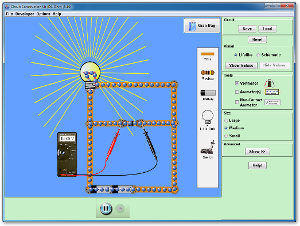