Here are some past essay questions: Topic 2 Cells essay qus

Here are video tutorials for many assessment statements in topic 1 – just click on the one you want. Thank you to Stephanie Castle (at UNIS, New York).

Zoom into Secret Universe – the hidden life of the cell & here is an excellent zoom-in animation from Utah University – Cell size and scale.

And here is a cool animation showing the dynamic world that is the inner life of a cell (the second version is narrated):

7 a cells from Adam Leszczuk

An 18m 50s video on Cells from Scientific Eye:

Parts of a microscope from Rachael Hubbard

The proper use of a microscope:

What can you see with a microscope? Life in a drop of water – a 23m video – the amazing world seen through a microscope – a 3m video.

Here’s a SciShow episode on the history of microscopes – Microscope: the tube that changed the world (4m 40s). 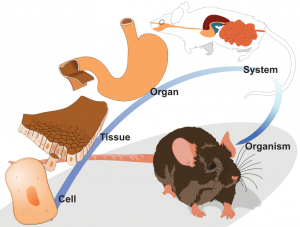 1.1 Intro to Cells notes to complete (created by Mrs Green).

Introduction to cells in 11m from IB Screwed:

Or how about a video lesson from Dan Rott

An animated, narrated tutorial on the scientific method and where life comes from (from Sinauer Associates).

Check out this great interactive Cell Size & Scale graphic. What is the biggest single-celled organism? – a 4m TED-Ed lesson from Murry Gans.

What are stem cells?, from TED-Ed. Immortal cells? Henrietta may have passed away, but her cells live on. Stem Cells: activities and information from Learn.Genetics.

This presentation is revision by drawing from Mr Taylor of iBiology. It covers the old syllabus but is very good:

Draw The Core from Stephen Taylor

1.2 Ultrastructure of Cells notes to complete (created by Mrs Green).

Ultrastructure of cells in 9m from IB Screwed: 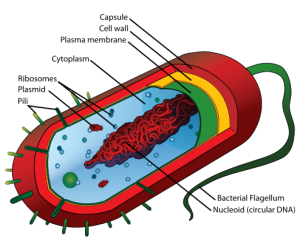 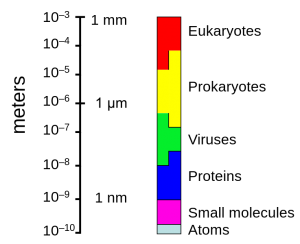 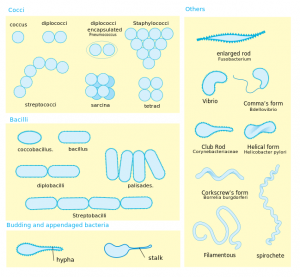 The 100 greatest scientific discoveries: the discovery of Hydrothermal Vents – a 5m video – and a new form of life, the Archaea – a 3m video. In Crash Course Biology #35, Hank Green describes Old & Odd: Archaea, Bacteria & Protists in a 12m video.

Click on the different organelles to find out about them. On every slide you can click on the animal or plant icon to go back to that cell.

Prokaryotic vs Eukaryotic Cells – a 3m 44s video from RichocetScience.

Click on ‘Cell Structure’ to see an Interactive Animation from Wiley or here’s an animated, narrated tutorial on eukaryotic organelles (from Sinauer Associates).

A short, simple animation showing secretion of proteins from a cell – endomembrane protein synthesis (from St Olaf), a similar animation of the Golgi from KScience – and here – a short, animated & narrated tutorial from McGraw Hill Education – Lysosomes.

An animated, narrated tutorial on a Pulse-Chase experiment (radioactive labelling) which also includes a quiz (from Sinauer Associates).

Here Paul Andersen takes you on A Tour of the Cell and the lower half of Mr. Andersen’s head explains Why Cells Are Small.

Documentary – Our Secret Universe The Hidden Life of the Cell – a 49m video.

1.5 The Origin of Cells notes to complete (created by Ms Green).

Can Science explain the origin of life? – a fantastic 7m video from Stated Clearly:

Stated Clearly have also made this 9m video What is Chemical Evolution? and in 7m, What is the RNA World Hypothesis?

The powerpoint covers all that we need to know, the following is more detailed than we need but it’s interesting – this is how life began! Paul Andersen describes how Abiogenesis could have occurred on Earth and discusses Scientific Evidence of The Origin of Life on our planet.

What was the Miller-Urey experiment? – a 7m 30s video from Stated Clearly and an animation about this famous experiment can be found here.

RNA – The Discovery of Ribozymes: Dr. Thomas Cech discusses RNA, its characteristics, and its ability to act as an enzyme (9m 30s).

A fantastic animated, narrated tutorial from McGraw Hill Education – Endosymbiosis – or here’s one from Sinauer Associates that includes an activity – the Endosymbiont theory. And here are short video clips discussing the endosymbiotic theory (4m 17s): How did the evolution of complex life on Earth begin? – The Gene Code – or How we think complex cells evolved – a 6m TED-Ed lesson from Adam Jacobson.

Explained here in note form or Hank tells us about 3 world-changing Biology experiments (#1 is Pasteur’s and #3 is Miller-Urey’s) in a 4m 34s video.

All of B2 Revision notes in downloadable word format and here are the key terms and definitions: Key terms B2

How about seeing some real cells in action? Here is a Trachelius ciliate feeding on a Campanella ciliate, and here is a Paramecium feeding:

For self-assessment questions, with exercises and discussions, just click on the correct topic at Biology GCSE & IGCSE Question Bank. Powerpoints can be downloaded from the same site here. The s-cool revision site lets you revise the topic, summarizes the topic & tests you on it. Skoool gives you a lesson, including progress questions, for each Biology topic but you’ll need sound on for it.

A short video from The Virtual School about cells & specialized cells:

B2.1 Revision notes for downloading.