Here are some past essay questions: Topic 2 Cells essay qus

Here are video tutorials for many assessment statements in topic 1 – just click on the one you want. Thank you to Stephanie Castle (at UNIS, New York).

Zoom into Secret Universe – the hidden life of the cell & here is an excellent zoom-in animation from Utah University – Cell size and scale.

And here is a cool animation showing the dynamic world that is the inner life of a cell (the second version is narrated):

Here are some past essay questions:

Here are some fantastic animated tutorials about Meiosis from McGraw Hill Education – how Meiosis works, the stages of Meiosis, Meiosis I, Meiosis II, Crossing-over, Independent Assortment & unique features of Meiosis. 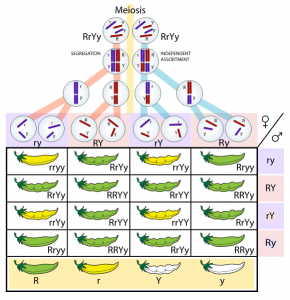 Many assessment statements are covered in video lessons by Stephanie Castle.

VCell productions’ animation Mitosis (6m 11s) is brilliant. We do need to know Prophase, Metaphase, Anaphase & Telophase, but not ‘prometaphase’:

Mr Andersen describes Mitosis for us:

In Crash Course Biology #12 – Mitosis: Splitting up is Complicated, Hank describes mitosis and cytokinesis – the series of processes our cells go through to divide into two identical copies.

Here is Meiosis in american (and in more detail than you need).

A short, simple animation to show meiosis and two animated, narrated tutorials – one from McGraw Hill Education – Mitosis & Meiosis compared – and one from Sinauer Associates – Meiosis that also includes a quiz.

In Crash Course Biology #13 – Meiosis: Where the Sex Starts, Hank gets down to the nitty gritty about meiosis.

Here is Mr W’s Meiosis! Rap and finally, Hitler gets confused by Meiosis.